No major economic reports made their presence felt today, but it probably wouldn’t have mattered if they had. The Trump versus Comey contest has all eyes and will likely influence mortgage rates far more than any numbers generated by the bureaucracy.

Check how that’s going (you do have Twitter, right?), get a look at some additional mortgage data, and make your lock / float decision. 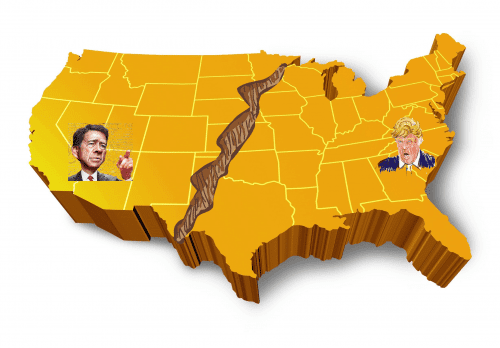 The issue with the whole Trump / Comey problem is that the investigations into this administration’s campaign, plus the search for a successor are extremely de-stabilizing to our economy. No one knows where to place their bets — with “safe” bonds or aggressive stocks.

Will we eat borscht or burgers?  Take a look at the figures below, and you’ll probably figure it out.

Your rate might be different. Click here for a personalized rate quote. See our rate assumptions here.

There is very little reporting left for this week. Expect the Comey / Trump controversy to continue its influence, with perhaps a little Putin thrown in.

I expect mortgage rates to fall today and would lock if I had a loan in the works. Your own risk tolerance and goals may vary.

What Causes Rates To Rise And Fall?

Mortgage interest rates depend on a great deal on the expectations of investors. Good economic news tends to be bad for interest rates, because an active economy raises concerns about inflation. Inflation causes fixed-income investments like bonds to lose value, and that causes their yields (another way of saying interest rates) to increase.

The buyer gets the same $50 a year in interest that you were getting. However, because he paid more for the bond, his interest rate is notfive percent.

The buyer gets an interest rate, or yield, of only 4.2 percent. And that’s why, when demand for bonds increases and bond prices go up, interest rates go down.

However, when the economy heats up, the potential for inflation makes bonds less appealing. With fewer people wanting to buy bonds, their prices decrease, and then interest rates go up.

Imagine that you have your $1,000 bond, but you can’t sell it for $1,000, because unemployment has dropped and stock prices are soaring. You end up getting $700. The buyer gets the same $50 a year in interest, but the yield looks like this: